Forced relationships. Have you heard of these? Yes, I’m still talking about education concepts. No, I’m not talking about the relationships you are forced to form with colleagues that you may not like. : ) Perhaps if I said forced analogies, would that help? Regardless of what it’s called, it all boils down to one thing – critical thinking! 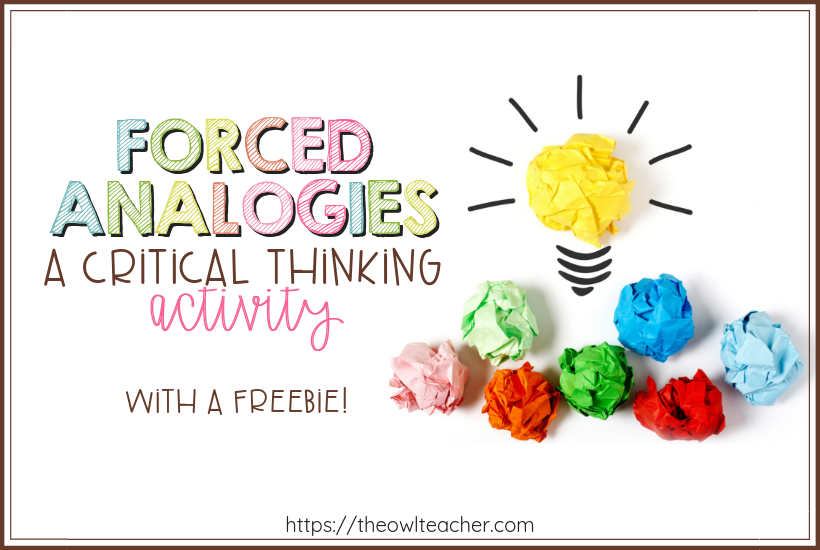 Forced relationships or forced analogies are comparing two items that are seemingly unrelated. Students then have to look at the items through a new perspective. This process is definitely higher up on Bloom’s Taxonomy, playing around with the synthesis and evaluation level. What is even better is it doesn’t involve a lot of work, all while students are thinking at a higher, deeper level (wow, was that an oxymoron?).

Here’s how it works:

Take a piece of paper and create what looks like the Frayer Model. You could even have students fold their own paper to create the Frayer model if you want to mix things up a bit. See that blog post here. (See the example of a forced analogy below if you aren’t sure what the Frayer Model is.)  In the middle write a noun or term that you want students to compare to something.

Then, in each box write another word that it could be compared to. This word could be completely random. Select a category (such as household items, animals, or grocery store items) or another noun. The point is it should be an item that seems unrelated. If you pick the word plant for in the middle, you would not want the outside words to be cells, trees, or any other words that are definitely related and easy to determine the relationship. You want to create thinking! 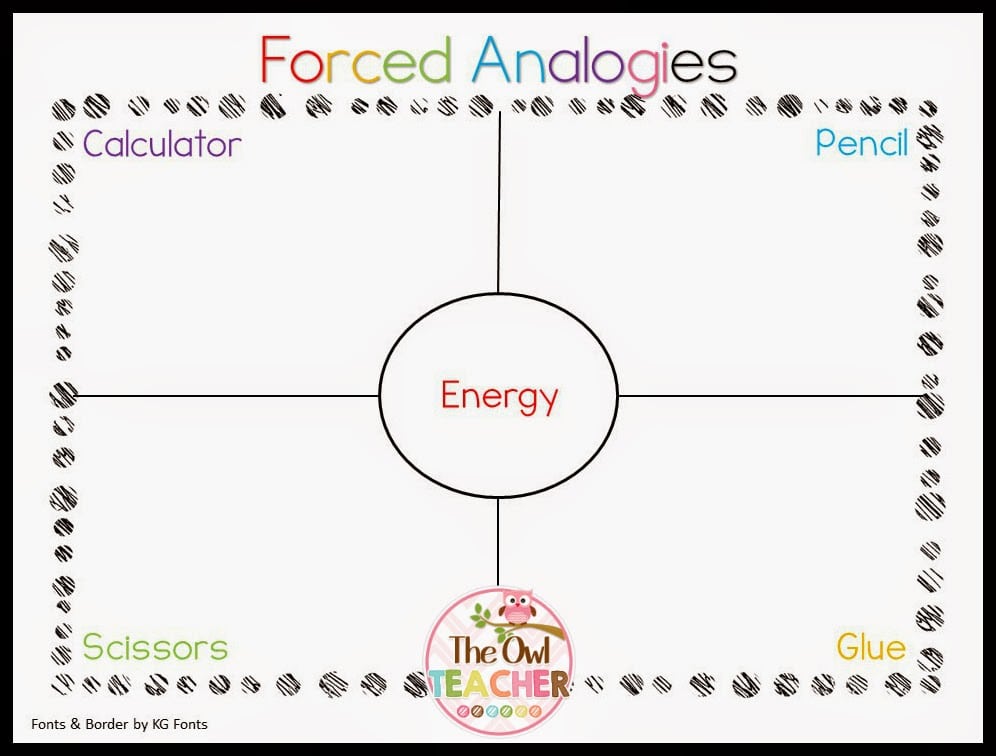 There is no correct method. If you wanted to, you could just give them a sentence frame prefilled with words, or have them do it on their own. For example:

(See? That really puts the “forced” in forced relationships! Oh, and in case you were wondering, they both can be ran over and are found all over the country.)

You could just provide each student with two unrelated terms and have them list things they have in common. There are no right answers, it just has to be justified (look, another common core standard met! Whoo-Hoo!). Again, the purpose is to develop those critical thinking skills.

To make it curriculum-related, you could use characters from a story, a person from history, vocabulary words, and events. Really, the possibilities for forced relationships are endless!

Want more valuable teaching tips and other ah-mazing perks, such as discounts, giveaways, flash freebies, dollar deals, and so much more?  Become a VIP member by joining my email list!  Click here to subscribe.