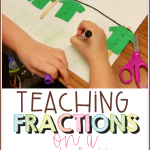 One of the things I try really hard to do in math is make it hands-on and engaging. That’s why when it was time to practice fractions on a number line, I thought why not get a bit creative! And if you haven’t learned by now, let me tell you: I LOVE hands-on learning, and hands-on fractions are no exception! 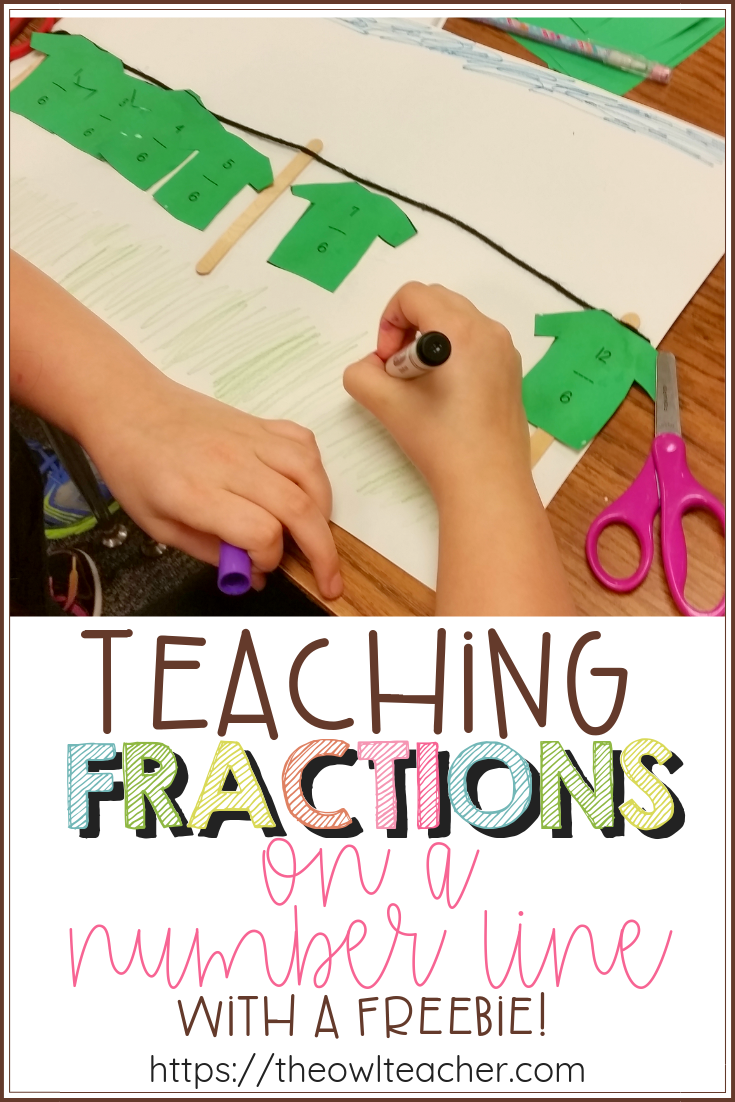 Ahead of time, I took t-shirts with fractions on them (found below for you to download free!) and copied them on to colored paper. Then I cut them into squares, sorted them into sandwich bags with three small craft sticks, and a placed in each bag a piece of yarn. To differentiate, I placed really easy fractions with like denominators in one color for my lower students to focus on just ordering them, provided a variety of fractions with one color, but included some above one (improper fractions) for my medium students, and to enrich my high-flyers, I placed fractions with different denominators in them. (These t-shirts were of different colors.)

When it came time to work on our fractions, I began by reviewing using a number line with the students. I then passed out the bags, a large piece of white construction paper, and glue (not glue sticks). I had students glue down their small craft sticks- one at each end and one in the middle. They labeled them as zero, one, and two. Then they glued down their yarn to represent the clothesline part. While waiting for that to dry, I had students cut out their t-shirts and place them where they think they belonged. They had to wait for me to check it before they could glue it down. (This was so I could note on my sticky notes who needed to be pulled in small groups later for extra help.)  I circulated and assisted. I also allowed my students who had the different denominators work together if they wished. I have never seen so many smiles during a fractions lessons — this hands-on fractions activity actually made learning fun! Who would’ve thought it was possible?! 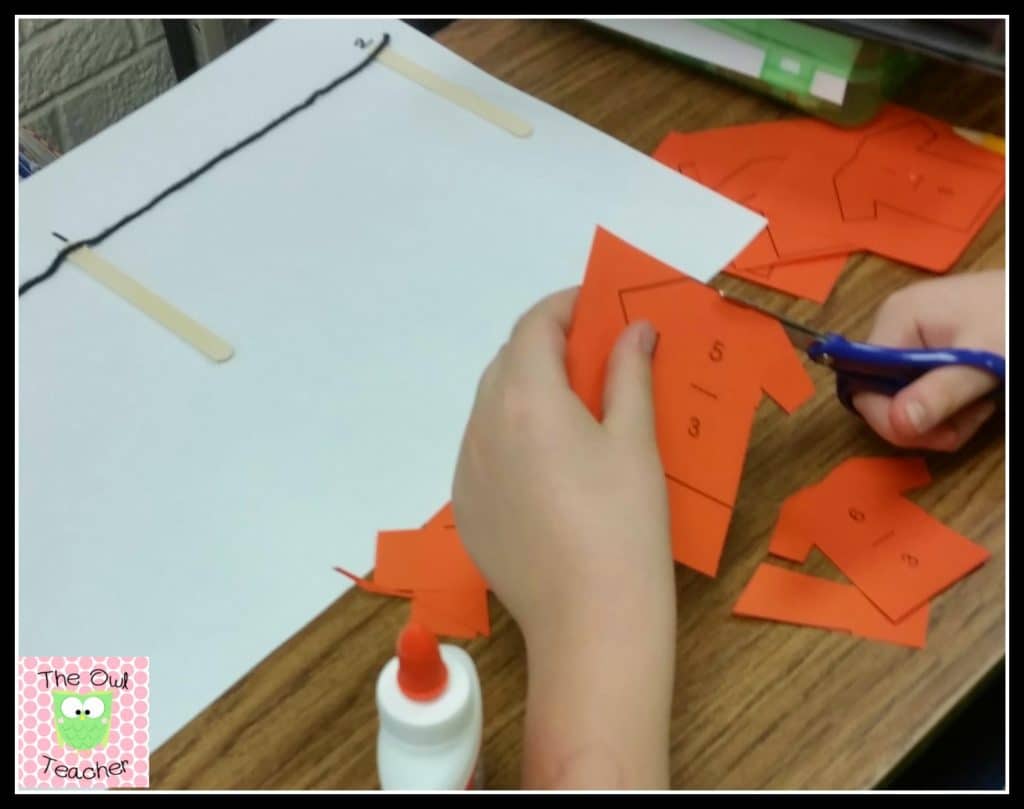 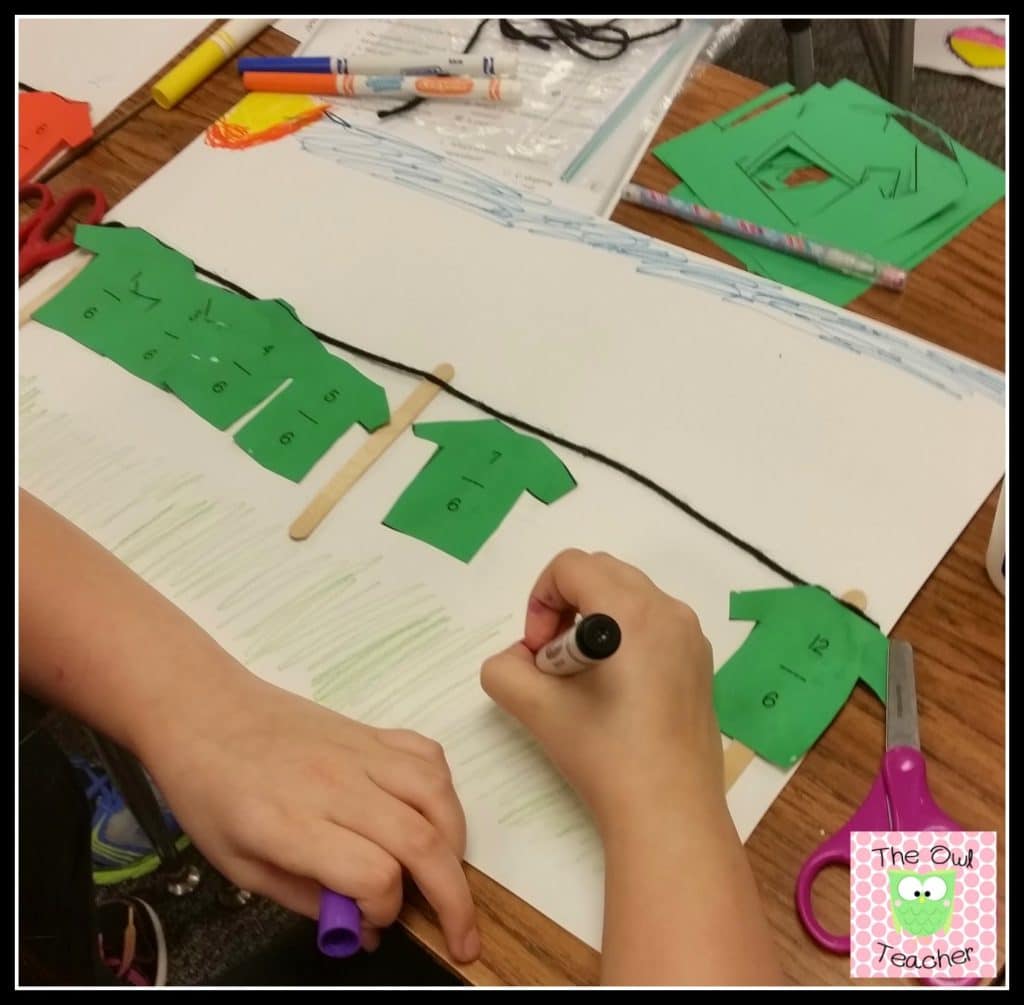 Then after I checked and assisted, I had students explain why they chose that place (gotta have that evidence!). If all looked and sounded good, they were all set to glue them down. After gluing, they decorated an outdoor scene, such as providing grass, flowers, and a sun. They turned out quite nice and it was fun math! 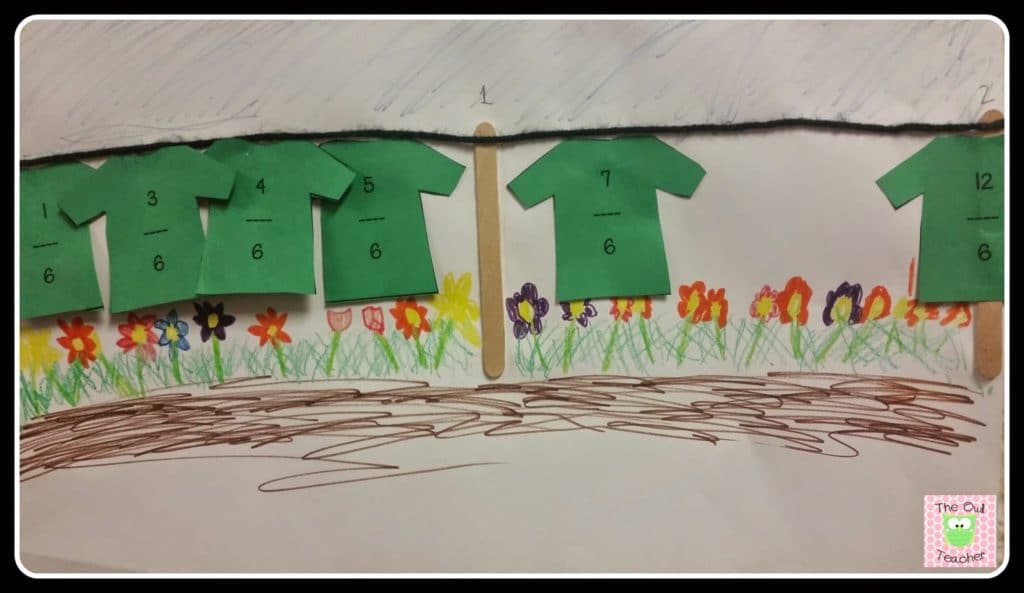 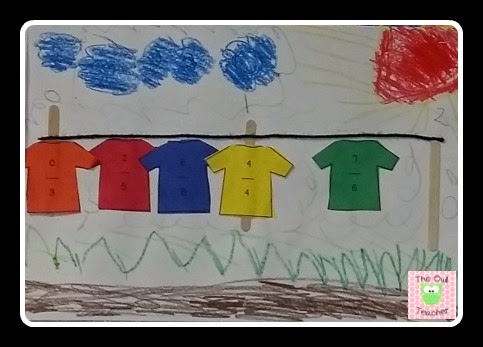 Go ahead and download the fraction T-shirts free — just click on the picture below. I have provided some blank t-shirts if you would like to create hands-on fractions of your own. 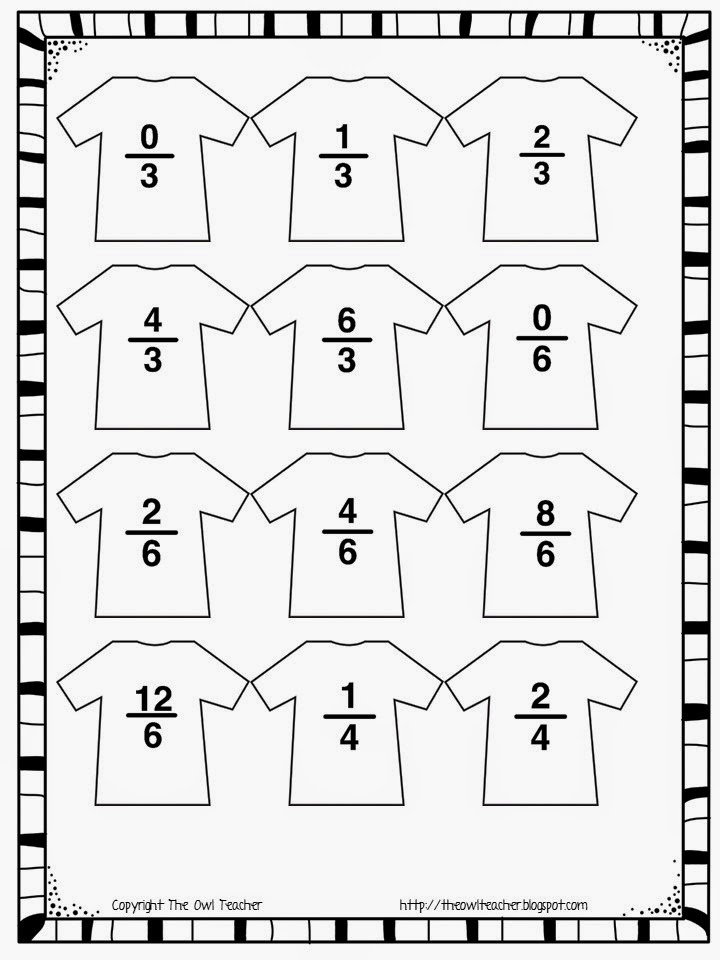